“And the whole earth was of one language and of one accent and mode of expression.  And they said, Come, let us build us a city and a tower whose top reaches into the sky, and let us make a name for ourselves, lest we be scattered over the whole earth.  And the Lord came down to see the city and the tower which the sons of men had built.  And the Lord said, Behold, they are one people and they have all one language; and this is only the beginning of what they will do, and now nothing they have imagined they can do will be impossible for them.

Come, let Us go down and there confound (mix up, confuse) their language, that they may not understand one another’s speech.  So the Lord scattered them abroad…

Therefore the name of it was called Babel—because there the Lord confounded the language of all the earth; and from that place the Lord scattered them abroad upon the face of the whole earth. “ 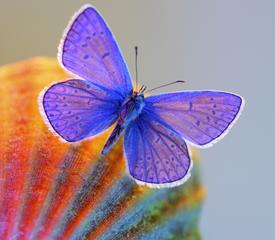 ​Poor communication is the #1 issue of concern for people seeking marriage therapy and a major personal issue talked about in individual therapy. Why is communication so difficult - after all, we speak the same language for heaven’s sake! So often it seems impossible to express our needs and concerns in an effective and productive manner. Sometimes it even seems hopeless that we will ever be fully heard or understood by anyone!

​​As I consider the difficulties of speaking my heart and being heard, the bible story of the tower of Babel comes to mind and I wonder if difficult communication isn’t somehow part of God’s sovereign design to draw us to him with our frustrations and concerns since he is the only true source of comfort, wisdom and knowledge.  He is the only one who can ever fully hear and understand us, after all, he knit us together in our mother’s wombs and knows the number of hairs on our heads, right?!

The Lord confounded the language of all the earth….  Who can contest God’s sovereign plan to draw us to him – God is persistent and desires to draw us unto him - Whatever It Takes!  And what it takes to communicate effectively is not only solid communication tools such as deep listening, clarifying, and asking for what you want with clear, direct statements - it takes seeking the Lord.  As we seek the Lord, he shows us areas of contempt, bitterness, judgment and selfishness that are hidden in our hearts that he wants to address.  As a result of seeking the Lord first and obeying his instructions, we are then able to communicate our needs and concerns more clearly and directly because we have first been deeply heard and understood by the Lord Almighty, King of heaven and earth.